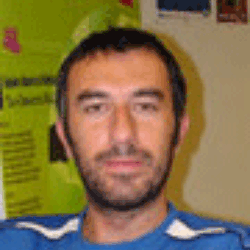 He graduated in Physics, with orientation in Astrophysics at the University of La Laguna (Tenerife, Spain) in 2009.

He obtained a Mathematical Investigation Grant on rotations of solids with angular intrinsic moment submitted to a pair of forces, by Dinámica Fundación (Madrid) in 2008.

Nowadays he is a PhD student under the supervision of Francisco Gordillo-Vazquez in TRAPPA Group at Instituto de Astrofísica de Andalucía (Granada, Spain).

Back to Our Team